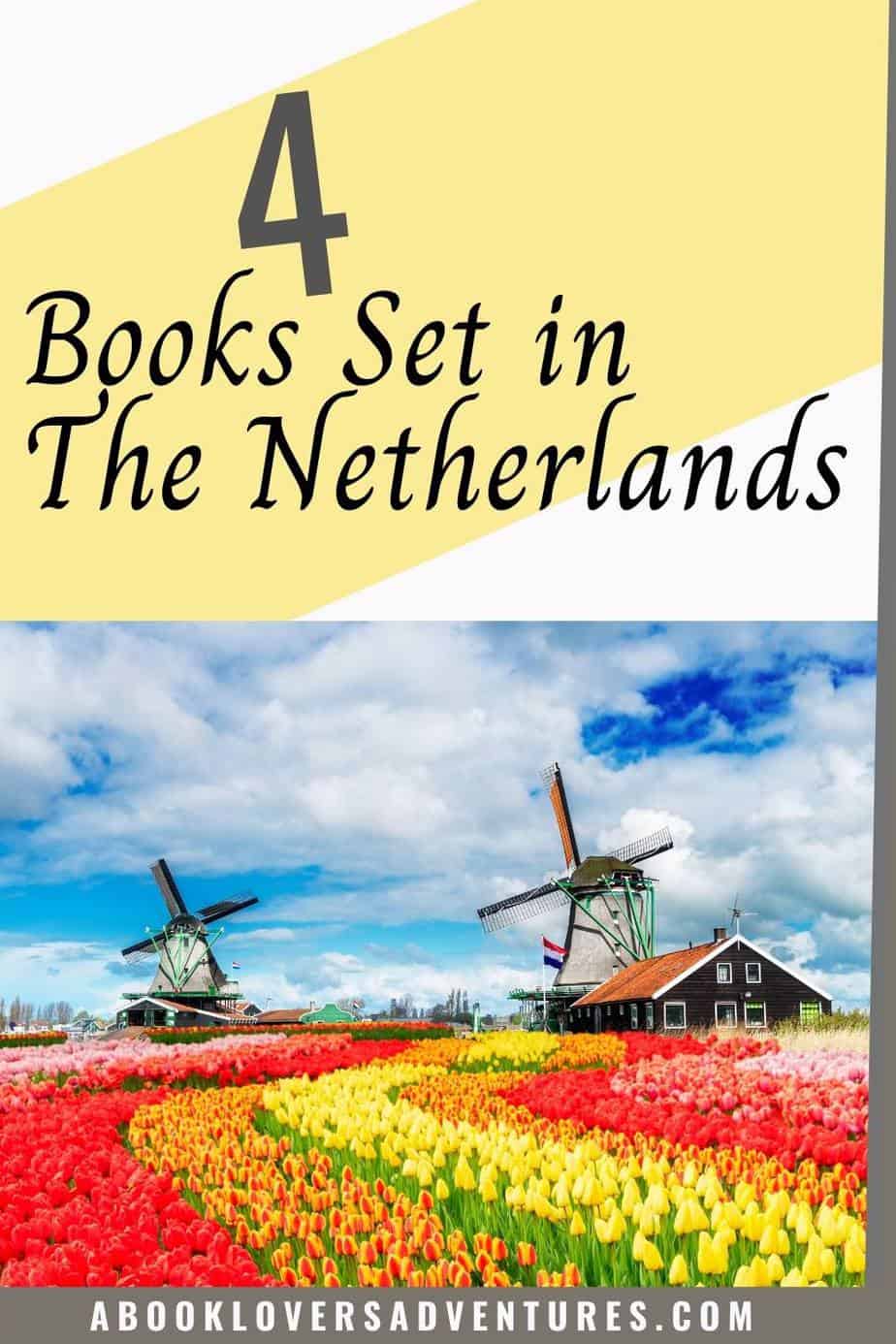 If you would like to join me on my podcast for a Reader Escape, I’d love to have you! Just fill out this form and let me know where you’d like to go: READER ESCAPE REQUEST

Escape to The Netherlands with Nicole

Books Set in The Netherlands

Here are my book recommendations for books set in The Netherlands.

A Little Moonlight by Betty Neels

Looking after her invalid mother, Serena had accepted long ago that the bright city lights were not for her. Not that she minded. Hardworking and quiet, she was perfectly happy with her life—until the Dutch consultant Marc ter Feulen turned it upside down.

As her new boss, he was arrogant and demanding. But as a man, he was altogether too attractive for Serena’s peace of mind!

Betty Neels was a prolific British writer of over 134 romance novels. Her work is known for being particularly chaste.

Sounds like a fun, sweet romance. The arrogant boss, the quiet young woman…it’s a setup for a fun book.

The Good Thief’’s Guide to Amsterdam by Chris Ewan

For your mystery genre choice, I have a fun book set in Amsterdam for you.

Charlie Howard travels the globe writing suspense novels for a living, about an intrepid burglar named Faulks. To supplement his income—and to keep his hand in—Charlie also has a small side business: stealing for a very discreet clientele on commission.

When a mysterious American offers to pay Charlie 20,000 euros if he steals two small monkey figurines to match the one he already has, Charlie is suspicious; he doesn’t know how the American found him, and the job seems too good to be true. And, of course, it is. Although the burglary goes off without a hitch, when he goes to deliver the monkeys he finds that the American has been beaten to near-death and that the third figurine is missing.

Back in London, his long-suffering literary agent, Victoria (who is naive enough to believe he actually looks like his jacket photo), tries to talk him through the plot problems in both his latest manuscript and his real life—but Charlie soon finds himself caught up in a caper reminiscent of a Cary Grant movie, involving safe-deposit boxes, menacing characters, and, of course, a beautiful damsel in distress.

Chris Ewan was born in Taunton in 1976 and graduated from the University of Nottingham with a degree in American Studies with a minor in Canadian Literature, then later trained as a lawyer. After an eleven-year spell living on the Isle of Man, he now lives in Somerset, England with his wife and two children, where he writes full time.

Writing as Chris Ewan, he is the author of the popular GOOD THIEF’S GUIDE TO … series of mysteries about globetrotting crime writer and thief-for-hire, Charlie Howard.

So far, in the Good Thief’s Guide to…series, there are five books. They are set in Amsterdam, Paris, Vegas, Venice, and Berlin.

It sounds like a lot of fun. Fast-paced, mystery, intrigue, the not quite perfect “hero” a globe-trotting, crime writing author who also happens to be a thief-for-hire.

Reminiscent of the Ocean’s movies with George Clooney or maybe the Janet Evanovich Fox & O’Hare series where the FBI agent has to work with a thief she’s tracked her whole career. Not all thieves are all bad.

Confessions of an Ugly Stepsister by Gregory Maguire

For your fantasy/adventure choice, I have a book set in Holland for you. A retake on an old familiar tale.

We all have heard the story of Cinderella, the beautiful child cast out to slave among the ashes. But what of her stepsisters, the homely pair exiled into ignominy by the fame of their lovely sibling? What fate befell those untouched by beauty . . . and what curses accompanied Cinderella’s exquisite looks?

Set against the rich backdrop of seventeenth-century Holland, Confessions of an Ugly Stepsister tells the story of Iris, an unlikely heroine who finds herself swept from the lowly streets of Haarlem to a strange world of wealth, artifice, and ambition. Iris’s path quickly becomes intertwined with that of Clara, the mysterious and unnaturally beautiful girl destined to become her sister.

While Clara retreats to the cinders of the family hearth, burning all memories of her past, Iris seeks out the shadowy secrets of her new household–and the treacherous truth of her former life.

Far more than a mere fairy-tale, Confessions of an Ugly Stepsister is a novel of beauty and betrayal, illusion and understanding, reminding us that deception can be unearthed–and love unveiled–in the most unexpected of places.

Gregory Maguire is an American novelist. He is also the author of the smash Broadway show Wicked.

My bonus book set in The Netherlands is a fun one!

Technically speaking, Hendrik Groen is….elderly. But at age 83 1/4, this feisty, indomitable curmudgeon has no plans to go out quietly. Bored of weak tea and potted geraniums, exasperated by the indignities of aging, Hendrik has decided to rebel – on his own terms. He begins writing an exposé: secretly recording the antics of day-to-day life in his retirement home, where he refuses to take himself, or his fellow “inmates,” too seriously.

With an eccentric group of friends, he founds the wickedly anarchic Old-But-Not-Dead Club, and he and his best friend, Evert, gleefully stir up trouble, enraging the home’s humorless director and turning themselves into unlikely heroes. And when a sweet and sassy widow moves in next door, he polishes his shoes, grooms what’s left of his hair, and determines to savor every ounce of joy in the time he has left, with hilarious and tender consequences.

Hendrik Groen is a pseudonym for Dutch author Peter de Smet. While this book is technically just a fiction book, they published it as a memoir by the fictitious Hendrik Groen.

This just sounds like a fun & funny book. It is the first in a series of 3, so far. And anyone who can find humor in the growing older process should definitely be highlighted, lol. Book Review The Alchemist by Paulo Coelho What I Liked This is a beautiful book!  Paulo Coelho’s writing style is smooth and gentle and very quotable.  I found myself wishing that I hadn’t borrowed the book from the library, but rather that I had bought it so I could underline passages. Of all the books… I love starting a new year with a new reading challenge! And last year’s Read Around the World Challenge went so well, I decided to do it again. But, for 2021 we will have all new countries and all new books as we head around the world in this reading challenge. I am going to…