You are here: Home / Adventure / All Things Harry Potter / 10 Things You Need to Know Before Heading to the Quidditch Pitch
*This post has affilate links for your convenience. If you make a purchase through one of these links I will be minimally compensated at no additional expense to you. This is one way I am able to keep my blog up and running. You can see my complete disclosure policy here.*

If you happen to be heading to the Quidditch pitch any time soon, I’ve got some great tips to help you out! And, let me tell you, watching a Harry Potter Quidditch game in real life is everything you’d think it would be! It is fun, confusing, intense and well, kinda weird!

Before we go too much further, let’s get a few Quidditch terms out of the way just so we’re on the same page. If you haven’t read the Harry Potter series, well you probably won’t be going to a Quidditch game! But, just in case it’s been a while since you’ve read the books, here’s a quick primer on the verbiage used in a Harry Potter Quidditch game.

Now that we’re on the same page with these terms, let’s see how these play out when you head to the Quidditch pitch in real life! It looks quite different than it did in the Harry Potter Quidditch games, lol!

First off, let me just say that I didn’t even know that there is a US Quidditch league?!  Much less that it had been around for 10 years!!  But, this past weekend my kids and I attended the US Quidditch Cup.  It happened to be in Kissimmee, Florida, so I figured since it was so close, how could I NOT go!

And, let me tell you, if you’re at all either a Harry Potter fan or a sports fan, you will enjoy watching Quidditch!  But, if you haven’t studied up on Muggle Quidditch, it takes a little bit to get up to speed.  So, here are some tips to get you acclimated a little quicker than we were!

Ok, I suppose if you’re a Harry Potter fan, this one is obvious!  And, I have to admit, I was kinda looking forward to this one!  I was a little disappointed to see that at some point in their 10-year history they switched from broomsticks to just sticks?!  It didn’t have quite the same impact as broomsticks might have, but oh well…  I still thought it was pretty hysterical to watch a bunch of young adults running around the Quidditch pitch hanging on to a stick between their legs!   It took me a whole match to move on from that one, lol! 2. The Snitch is a Person

My son thought it was pretty funny that I hadn’t figured this one out, but I guess I hadn’t really given it any thought.  I suppose I knew the Snitch wouldn’t be a little golden ball with wings, but, as I said, I hadn’t really given any thought to what it would be.  From what we could tell, there seemed to be several different Snitch people for each Quidditch pitch.  In the 3 or 4 matches that we watched, there was a different Snitch for each game. There are 3 Bludgers (rubber dodgeballs) and 1 Quaffle (a volleyball) for each Quidditch pitch.  They are lined up center field at the beginning of the match.  If a player is hit with a Bludger, they have to drop their ball (if they have one) and run and touch their goal post.  Then they can get back into action.  The Quaffle is for scoring.  The Chasers are the one who can try to get the Quaffle through the goal posts and score points.  Of course, they have to do this while avoiding Bludgers and the opposing team trying to grab the ball from them! And, of course, they are still running around with a stick between their legs. Here’s how they line up the Quaffle and Bludgers at the beginning of the game.

Just like in Harry Potter Quidditch games, these Quidditch matches have all the same players.  There are 3 Chasers (identified by their white headbands) whose job is to score goals with the quaffle.  And there are 2 Beaters who use the bludgers to disrupt the other team’s players (identified with the black headbands).  There is 1 Keeper (green headband) who guards the goal posts.  And finally, 1 Seeker (yellow headband) whose only job is to catch the Snitch.

Lined up and ready for the game to start!

We picked up this Quidditch Primer sheet at the Quidditch match: The rules of “Muggle” Quidditch

Here’s how the points work in a Quidditch match.  If the Quaffle goes through the goal post, it’s 10 points for the team making the goal. And if the Snitch is caught it’s 30 points and the game is over.  The Snitch and Seekers join the game at the 18:00-minute mark.  The Seekers are the only two who are able to touch the Snitch.  And, they have to try to pull off the “tail.”  It’s pretty exciting watching the Seekers and Snitch to see what will happen.  The Beaters are able to hit the Seekers with a Bludger and send them back to their goalposts, but otherwise, it’s all these three! Each team seemed to have their own Quidditch strategy, which I suppose is no surprise.  We watched one team try to stall the catching of the Snitch because their team was behind.  While it was probably a reasonable strategy, it seriously backfired.  Instead of losing by 50 points, they wound up losing by 100!  Oh well…

The students playing this game are athletes!  They are not just a bunch of Harry Potter nerds hobbling around with broomsticks between their legs.  Now they might be nerds, I don’t know, but they are definitely athletes!  We decided the game was a mix of rugby, flag football, and basketball!  And, a Quidditch match is a very physical game.  Players were rolling around on the ground after the ball, running back and forth (a lot!!), blocking, stealing… it was hard to keep up sometimes!

The structure and set-up of US Quidditch is very organized.  There are Quidditch teams all over the United States.  There are rules they all follow if they want to be part of the USQ organization.  And, as we found out, they even have trading cards for the players.  At this event, they had cards for all the athletes that were participating in the US Quidditch Cup 10.  I was watching a couple of players debating buying some.  They were hoping to get their own cards.  I thought that was fun!

Since Quidditch is an outdoor game, come prepared for that!  Bring chairs, sunscreen, water, snacks.  Whatever you think you might need.  Some folks brought umbrellas, and I gotta say, I was envious!  It’s a fun time, but if you’re not prepared for it, it might get uncomfortable quickly.

See if You Can Catch a Quidditch Match

So, now that you’ve had your primer on a Quidditch match here in the US, are you ready to head to the Quidditch pitch?!  We found out this weekend that there are Quidditch teams all over the country!  A lot of colleges have teams, but they aren’t limited to colleges.  Chances are, there’s one near you.  Look it up and see if you can catch a match.  It’s a lot of fun and I’m sure these athletes would love the support!  We had a great time discovering this new-to-us sport.  So, give it a shot!  You might just enjoy it too! 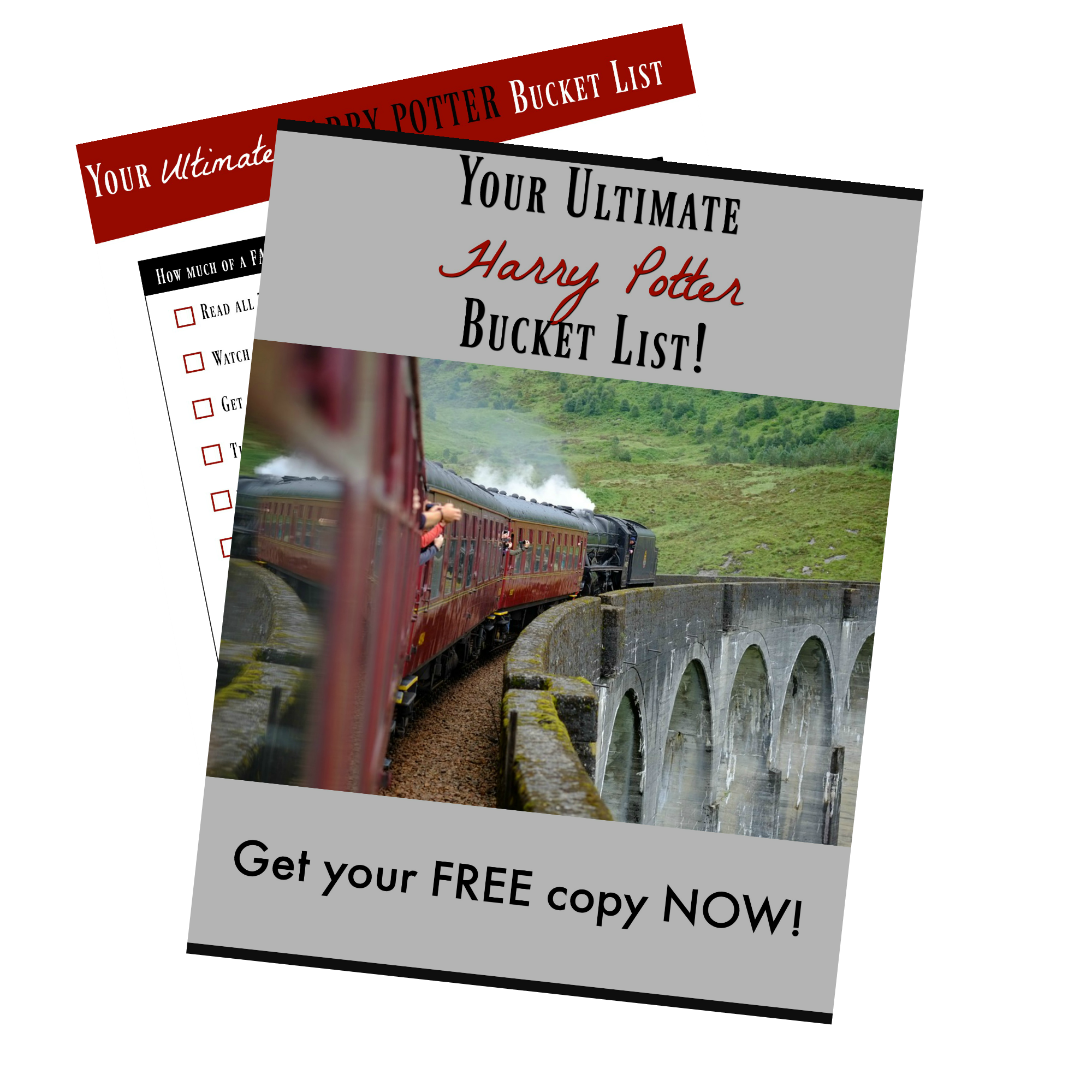 All my printables are kept in my Private Resource Library.  I send the link and the password in each email I send out!

Thanks for joining A Book Lover’s Adventures! You are welcome to head over to the Private Resource Library (LINK and Password: books).

Or, if you don’t want to go through that, I’ve got a link right here for your Harry Potter Bucket List! You can grab it here!

So, please share with your friends on Social Media!.

Why I Love Harry Potter What’s new on the Podcast

Let’s Read Around the World Together!

* Shoot us your email and you're on your way!