Celebrate My One Year Anniversary!!

Guess what guys!  It’s my one year blogging anniversary week!!  I can’t believe A Book Lover’s Adventures has been around for a year already.  In celebration, I thought I would have a little fun today.  So, here’s my ABC’s of Traveling!  Feel free to cut and paste and do your own ABC’s of Traveling! 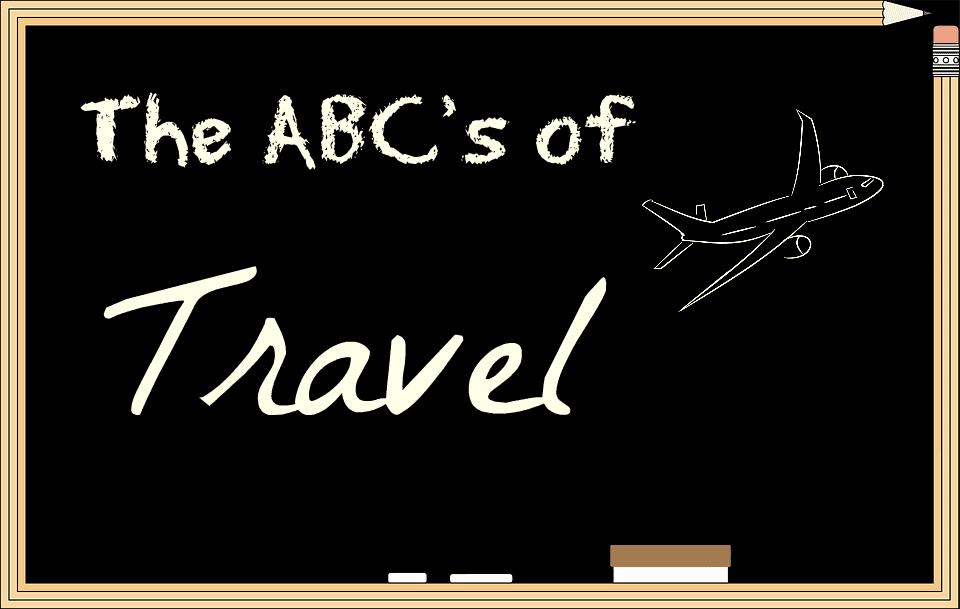 The ABC’s of Traveling

Age of first international trip:  At about 15 I went to Mexico with my Spanish class.  It was my first taste of how differently some people live, poverty in other countries and being in a country where I don’t speak the language very well.  It was exciting, overwhelming and addicting!
Best foreign Beer: We’ve had good beer almost everywhere we’ve been.  I guess my favorite, though, was in Gibraltar.  It was not just the beer, it was probably the circumstances too.  We’d been in Spain for about a week.  So, going to Gibraltar, where we understood the language was a huge treat!  The beer was kind of the icing on the cake that day!

Cuisine (favorite):  We had some of the consistently best food in Iceland.  We tried a lot of different things, and always really enjoyed it.  The seafood was, of course, very fresh and delicious.
Destination (favorite): I think Spain might be one of my favorite destinations we’ve been to.  For one, it was the first time our family had traveled overseas.  Madrid itself was beautiful, friendly and we enjoyed our time there immensely!
Experience that made you say wow:  So far, I think  Iceland has been our most unique experience.  It was so unexpected and different from any place I’ve seen before.  The waterfalls, black sand beaches, geothermal pools…made for an unforgettable experience!

Favorite mode of transportation: This is hard, I like flying because it’s so convenient and quick, but I love going on a train too.  What I love about trains is being able to move about a little easier and watching the countryside go by!
Greatest feeling while traveling:  I love the sense of adventure when traveling.  Exploring the unknown with someone I really enjoy.  That to me is bliss!
Hottest place you’ve ever traveled:  Living in Florida, I’m used to hot!  Probably some of my hottest days have been spent wandering around theme parks in Orlando.  All that pavement must make it hotter or something!

Incredible service you’ve experienced:  When my husband and I lived in Colorado (back in late 90’s), one of our favorite restaurants was a seafood place.  They had the best food, but their service was fantastic!  Dining there was an experience!  It was pricey, but it always felt like it was worth it.

Journey that took the longest: Our longest airplane trip was from Orlando to Madrid.  Pretty sure we watched a LOT of movies on that flight!!
Keepsake from your travels: I bought a great red pashmina shawl in London and I love it! I enjoy the feel of it, super soft, and it’s not too heavy, so it is easy to travel with!  It’s been with me on several trips since!
Least favorite destination:  Probably Greece, only because of the political drama that was going on while we were there.  The city was dirty and not very friendly.  Hopefully it’s changed over the years!
Moment when you fell in love with travel:  I fell in love with travel at a young age.  My parents loaded up the car with all of us and we went a lot of places around the United States.  So, I learned young about the joys of Road Tripping!
Nicest hotel you’ve stayed at: In 1994, on a work trip, I went to Hawaii.  I know, poor me!  We stayed at a brand new hotel that was a 5-star beauty.  So, that’s probably the nicest hotel I’ve ever stayed in.  It was beautiful hotel and was set in a fabulous location!
Obsession (what you take pictures of most while traveling): Probably food.  I enjoy the fact that we try a lot of different foods, and I love taking pictures of it all.  It’s always a bummer when I forget and then have to take a picture of a half eaten meal 🙂
Passport stamps (how many & where from):  10 – ready for more!  My first stamp was from Mexico in 1980, then I got a few from the Bahamas, France, Switzerland, Italy and Greece in 1988.  In 1992 I was able to go to Germany and Austria.  Then, with my family I’ve gotten stamps from Spain, Gibraltar, Iceland, England, and Canada! Quirkiest attraction you’ve visited: In 1987, while in Los Angeles, I visited the “Hollywood” sign.  We went up the mountain and were parked right above it.  Kinda quirky, but also kinda cool!
Really frightening (a place you have felt insecure/uneasy):  I went to Greece in 1989 and they were having some political rallies.  It was kind of scary because large groups of people were gathered in different places, lots of yelling and all of it in a different language!

Splurge (something you have no problem spending $$ on) while traveling:  For me, it’s usually food!  I enjoy trying different foods.  They aren’t always expensive, but it’s fun to go to a nice place now and again!  My favorite meal was at a restaurant called LAVA at Blue Lagoon in Iceland.  We had the Taster Menu (Chef’s Choice) and it was phenomenal!

Most Touristy thing you’ve done:  Living in Central Florida, we are the touristy capital!  I love going to the theme parks around here.  Disney is fun, but has gotten too expensive for us to go too often.  We really enjoy Universal Studios and the Wizarding World of Harry Potter!  And, you gotta try the Butterbeer if you go. 🙂
Most Unforgettable travel memory:  For me, it’s probably some of the small memories that stick out the most.  Watching my kids on the Metro in Madrid.  They were quickly becoming seasoned travelers and it showed.  Sitting in a cafe in Greenwich drinking a beer and just enjoying the afternoon.  These are the things that really stick out to me.  Enjoying the little moments traveling with my family.
Best glass of Wine:  Well, I’m not a huge wine drinker, but we had some great sangria in Madrid!  We had a little bit of a language issue while trying to order our food.  I order a glass of sangria (I was really tired and ready to head to bed for the night), and what I received was a pitcher of sangria!  Oh well, somehow we managed to polish it off, lol!

eXcellent view: We found a beautiful winery in North Georgia that was just lovely!  It was a perfect day weather-wise, they had an outdoor fireplace, and so sitting outside was pretty awesome.  There were musicians playing, views of the vineyard, and a dog wandering around.  Pretty perfect!
Years spent traveling: Pretty much my whole life…we moved across the country (from California to Florida when I was 6) and we visited everything mom and dad could fit in along the way.  I’ve been traveling ever since, so that makes it about 46 years or so 🙂
Zealous sports fans:  When I lived in Denver I was a zealous sports fan.  I loved going to football, hockey, baseball and basketball games.  It was a lot of fun and some great venues!

And that’s a little peek into my travel history! So, if you’ve never done one of these it is really fun!  It give you an interesting peek into your world of travel in a new way!

Thanks for a Great Year!

Thanks for spending at least some of this past year with me!  And, I hope you’ll hang with me for the next year!  So, I would love if you would sign up for my email list so you never miss an adventure!

Celebrating My One Year Blogiversary! Last summer my family and I were headed out on an adventure!  Since we were spending almost a week in London, we decided to try a vacation rental through Airbnb.  It was our first experience booking through Airbnb, so I was excited to see how it all worked.   Some of the reasons you might… You may remember my last post about becoming debt-free.  In case you missed it, it’s here.  In a nutshell, my husband and I decided several years ago that becoming debt-free was important to us.  And, our financial decisions have reflected that choice along the way!  So, you might ask, why the heck would we decide… Over the past several years, our family has traveled quite a bit.  And, it’s been an intentional decision!  Not just, hey let’s go on vacation, but wow, we’ve only got our kids for a few more years – let’s make them count!  Hence the idea of intentional travel! For me, it hit me when… Welcome to my Hometown Tourist Project! We’ve been to the Central Coast in California a couple of other times already ~ San Luis Obispo and Seaside!  But, today I am pleased to introduce you to Sheila who blogs at Behind Every Day.  Sheila is going to introduce us to her hometown of Arroyo Grande, CA and… This past spring, as the school year was winding down, I had to make the decision of whether or not I was going to go back to work for the next school year.  It was tough because I really enjoyed what I did and who I worked with.  I worked in an elementary school library as… Welcome to my Hometown Tourist Project!  Each week this year I’ve been introducing you to a new blogger who gives us a tour of their hometown.  Throughout the year we have been all over the country and even up into Canada!  Today I’d like to introduce you to Sarah who blogs at Home Grown Scholars.  Sarah’s…